Shelly Cruz is a lawyer who runs her own law firm in Miami, Florida. She was born and raised just outside of Boston, Massachusetts by a fierce Argentinian mom and super strict Puerto Rican dad. When she’s not researching and writing legal documents, she enjoys expressing her creativity by writing fiction. She’s a lover of love, romance, and relationships, which is why she writes wicked sexy romance. In her free time, Shelly loves reading, traveling, and riding on the back of her husband’s Harley Davidson motorcycle while enjoying the open road. 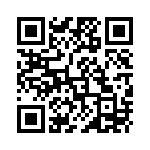