Reviews aren't verified, but Google checks for and removes fake content when it's identified
User Review  - Ralph B. - Overstock.com

Beautiful edition of a classic book! The hard cover that the hardcover book slides into is well made and beautifully detailed. Sits side by side with our copy of Go Set a Watchman by Harper Lee...also ... Read full review

Couldnt give this anything less than five stars! Read full review 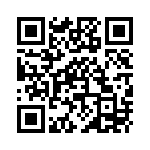