This is a comprehensive account of the state of the art of three interconnected technologies: genetics, nanotechnology, and artificial intelligence. A major premise is that progress in these fields is ... Read full review

Ray Kurzweil is a prize-winning author and scientist. Recipient of the MIT-Lemelson Prize (the world's largest for innovation), and inducted into the Inventor's Hall of Fame, he received the 1999 National Medal of Technology. His books include The Age of Spiritual Machines and The Age of Intelligent Machines.

Visit Ray Kurzweil on the web: 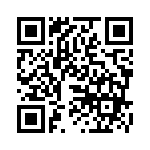