This is an important book but such a strange one, it tries to reconcile the right and left's views of the Vietnam War. The Author makes concessions to both views while advancing some of his own. The ... Read full review

The perfect war: technowar in Vietnam

According to Gibson, Vietnam was a "technowar,'' conceived and waged by U.S. war managers as "a high technology, capital-intensive production process.'' It was neither a mistake nor a problem of ... Read full review

In this groundbreaking book, James William Gibson shatters the misled assumptions behind both liberal and conservative explanations for America's failure in Vietnam. Gibson shows how American government and military officials developed a disturbingly limited concept of war -- what he calls "technowar" -- in which all efforts were focused on maximizing the enemy's body count, regardless of the means. Consumed by a blind faith in the technology of destruction, American leaders failed to take into account their enemy's highly effective guerrilla tactics. Indeed, technowar proved woefully inapplicable to the actual political and military strategies used by the Vietnamese, and Gibson reveals how U.S. officials consistently falsified military records to preserve the illusion that their approach would prevail. Gibson was one of the first historians to question the fundamental assumptions behind American policy, and The Perfect War is a brilliant reassessment of the war -- now republished with a new introduction by the author. 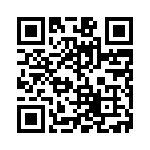