Albrecht Dold was born on August 5, 1928 in Triberg (Black Forest), Germany. He studied mathematics and physics at the University of Heidelberg, then worked for some years at the Institute for Advanced Study in Princeton, at Columbia University, New York and at the University of Zürich. In 1963 he returned to Heidelberg, where he has stayed since, declining several offers to attractive positions elsewhere.

A. Dold's seminal work in algebraic topology has brought him international recognition beyond the world of mathematics itself. In particular, his work on fixed-point theory has made his a household name in economics, and his book "Lectures on Algebraic Topology" a standard reference among economists as well as mathematicians. 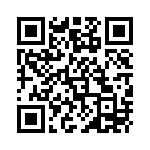