A very useful book. My only comment is that in his early history Millward doesn't include any references to the Qiang 羌 people who, according to the Han Shu chapter 96 on the Western Regions and the Weilüe of the Wei Shu in the Three Kingdoms Annals, were a significant presence along the southern silk route skirting the southern side of the Tarim Basin.

James Millward is professor of intersocietal history at the Edmund Walsh School of Foreign Service, Georgetown University. He specializes in the history of China and Central Eurasia, including Xinjiang. He lives in Washington, D.C., with his wife, a journalist, and two daughters. 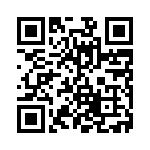