Fritjof Capra received his PhD in theoretical physics from the University of Vienna and has done research in high-energy physics at several European and American universities. Capra has written and lectured extensively about the philosophical implications of modern science and is author of 'The Tao of Physics', 'The Turning Point' and 'Uncommon Wisdom'.Currently Director of the Centre for Ecoliteracy in Berkeley, California, he lives in Berkeley with his wife and daughter. 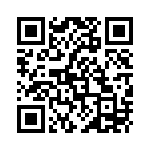