Galician by birth, Madrilenian by adoption, Ramon del Valle-Inclan was Spain's foremost prose stylist of the twentieth century. He is remembered in Spain almost as much for the colorful Bohemian persona he adopted and made famous as for his writings. Valle-Inclan began his career as a decadent aesthete, much influenced by the fin-de-siecle French symbolists. The four novels he entitled Sonatas (1902--05)---one for each season of the year---recount four erotic episodes in the life of the Marques de Bradomin, an "ugly, Catholic, sentimental Don Juan." His dramatic trilogy of "barbaric comedies"---Heraldic Eagle (1907), Romance of Wolves (1908), and Silver Face (1922)---powerfully evokes the primitive grandeur of his native Galicia. Long considered unperformable on account of their violence and obscenity, these plays have enjoyed great critical and popular success since Franco's death. The Lamp of Marvels (1916) contains Valle's aesthetic philosophy. The last stage of Valle's career was marked by the creation of a new type of novel he christened the esperpento: a stylized, dehumanized, highly objective satiric form well suited to express the crisis in values occurring all over Europe immediately after World War I. 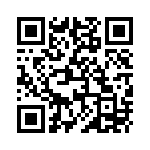