This book collects English translations of nine papers, published in journals by Clausius, between 1850 and 1865. This collection of original papers should not be confused with a later book of the same title, also by Clausius, where he worked his original papers into a textbook.
The first paper (1850) stated the two laws of thermodynamics: the principle of the equivalence of heat and work, and the principle of Carnot. Clausius turned the first law into the form known today: the first law connects the internal energy of a body to the work done and heat received. He was clear that the internal energy is a function of state, but the work and heat depend on path. He then applied the first law to ideal gases. To do so he recalled PV = RT, but that was not enough. He then added “a very natural incidental assumption”. This assumption turned out to be that the internal energy is a function of temperature only and is independent of volume. He further assumed that the specific heat is independent of temperature. He analyzed both isothermal and adiabatic processes. Clausius did not, however, applied these results to analyze the Carnot cycle. We know today that this analysis gives the Carnot efficiency, which gives the principle of Carnot a quantitative form. In this paper, Clausius’s analysis of the second law did not reach anything like entropy.
“This memoir marks an epoch in the history of physics,” wrote Gibbs in an obituary of Clausius in 1889. “...it might have been said at any time since the publication of that memoir, that the foundation of the science (of thermodynamics) were secure, its definitions clear, and its boundaries distinct.”
Did Gibbs really mean that? Thermodynamics without entropy is a play without its leading actor. Clausius derived the principle of the increase of entropy in the fourth paper (1854). By this paper thermodynamics took the form as we know today. The paper is remarkably easy to read. Here you have statements on state, property, process, cycle, slow process (quasi-equilibrium process), reversible process, irreversible process. You also see the relations among work, heat, energy and entropy. The absolute temperature is related to ideal-gas temperature. Such a pleasure to read a paper with depth, originality, and clarity.
The word "entropy" first appeared in the ninth paper (1865). Here is the paragraph that introduced the word. "We might call S the transformational content of the body, just as we termed the magnitude U its thermal and ergonal content. But as I hold it to be better to borrow terms for important magnitudes from the ancient languages, so that they may be adopted unchanged in all modern languages, I propose to call the magnitude S the entropy of the body, from the Greek word TpoTrr), transformation. I have intentionally formed the word entropy so as to be as similar as possible to the word energy; for the two magnitudes to be denoted by these words are so nearly allied in their physical meanings, that a certain similarity in designation appears to be desirable."
His justification for this name looks contrived, and making entropy sound similar to energy serves no purpose but confusion. But the name sticks. “The tradition, handed down in thousands of books, piously follows the traces left by CLAUSIUS' bloodstained palms and pasterns.” (Truesdell, The Tragicomical History of Thermodynamics).
Truesdell, Cardwell, and others have analyzed the history of thermodynamics in considerable detail. But still, nothing compares with reading the original papers. 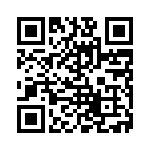