Philip Jowett was born in Leeds in 1961, and has been interested in military history for as long as he can remember. His first Osprey book was the ground-breaking Men-at-Arms 306: Chinese Civil War Armies 1911–49; he has since published the three-part sequence The Italian Army 1940–45 (Men-at-Arms 340, 349 and 353). He lives in North Lincolnshire, UK.

Stephen Walsh studied art at the North East Wales Institute and has worked as a professional illustrator since 1988. Since then he has illustrated a variety of books and games including Settlers of Catan. His projects for Osprey include such diverse subjects as the battle of Otterburn, the Chinese army from 1937 to 1949, and the US Home Front in World War II. 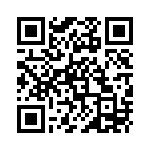