Alfred A. Cave is professor emeritus of history at the University of Toledo, Toledo, Ohio. His published works include Greenwood's The French and Indian War; Jacksonian Democracy and the Historians; Prophets of the Great Spirit: Native American Revitalization Movements in Eastern North America; and The Pequot War. 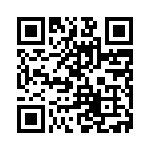