I listened to the audiobook and found the narrator's tone of voice and frequent pauses a bit annoying. Wolfe is basically saying that Modern Art is much ado about nothing, and he backs up his opinion ... Read full review

No question about it, Tom Wolfe is speaking for the yahoos in this little essay—it appeared in its entirety in Harper's Magazine, and though the Art World will no doubt assiduously ignore Wolfe's ... Read full review

Tom Wolfe (1930-2018) was one of the founders of the New Journalism movement and the author of such contemporary classics as The Electric Kool-Aid Acid Test, The Right Stuff, and Radical Chic & Mau-Mauing the Flak Catchers, as well as the novels The Bonfire of the Vanities, A Man in Full, and I Am Charlotte Simmons. As a reporter, he wrote articles for The Washington Post, the New York Herald Tribune, Esquire, and New York magazine, and is credited with coining the term, “The Me Decade.” 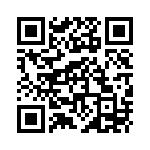