A sobering yet necessary book describing the moral condition of the American-- and really, the global-- economy. Wallis sets forth the processes by which "the Market" all but took over the world and ... Read full review

The current economic crisis is an opportunity for us to re-evaluate our priorities and values. Read full review

Jim Wallis is a bestselling author, public theologian, speaker, preacher, and international commentator on religion, public life, faith, and politics. He is president and CEO of Sojourners, where he is editor-in-chief of Sojourners magazine. He regularly appears on radio and television, including shows like Meet the Press, the Daily Show with Jon Stewart, the O'Reilly Factor, and is a frequent guest on the news programs of CBS, NBC, ABC, CNN, MSNBC, Fox, and National Public Radio. He has taught at Harvard's Divinity School and Kennedy School of Government on Faith, Politics, and Society. He has written eight books, including: Faith Works, The Soul of Politics, Who Speaks for God? and The Call to Conversion. 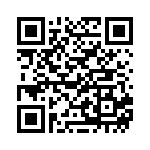