There is a difference between the hardback and paperback editions. The paperbacks have the update with new data, typographical errors, factual corrections, and miscellanea. That update actually makes the paperback the better and more useful reference. Read full review

There is a difference between the hardback and paperback editions. The paperbacks have the update with new data, typographical errors, factual corrections, and miscellanea. That update actually makes the paperback the better and more useful reference. Read full review

A Bristol-born former actor and schoolteacher, Peter Nichols was born on July 31, 1927. He got his start writing some 14 plays for television and has continued to write for that medium even since attaining success in the West End. A Day in the Death of Joe Egg, his first stage play, was produced in England in 1967 and on Broadway a year later. Joe Egg (as a squeamish American management insisted it be retitled) concerns a couple whose marriage is slowly being destroyed by their attempt to raise a hopelessly spastic daughter (Josephine, alias Joe Egg, their "living parsnip"). They survive in their situation as long as they do only by ceaselessly joking about it. This comic distancing, as much as its autobiographical revelation, was to be the common characteristic of Nichols's later plays. Forget-Me-Not-Lane (1971), distinctly personal in its middle-aged re-examination of a World War II childhood, has characters stepping back and forth through time and in and out of the dramatic situation. In Passion Play (1981), Nichols's characters even break away from themselves, each partner in a bickering couple splitting into mutually critical components. The National Health (1969), produced to general acclaim at the National Theatre, achieves its distancing through the alternation of realistic scenes of suffering and dying in a hospital ward with episodes of an outrageous medical soap opera, Nurse Norton's Affair, shown on a simulated television screen. And in the ironic musical episodes of Privates on Parade (1977), the story of an army entertainment troupe in the 1950s, Nichols entered the area of alienating theatricalism explored by John Osborne's The Entertainer (1957) and Joan Littlewood's Oh, What a Lovely War. Privates, a Royal Shakespeare Company hit of 1977, has been made into a film, as have Joe Egg and The National Health. (Nichols also wrote the screenplay for the 1966 film satire Georgy Girl.) 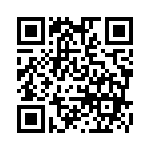