Jacques Lusseyran was born in Paris, France on September 19, 1924. He became totally blind in a school accident at the age of 8. In the spring of 1941, at the age of 17, he formed a Resistance group called the Volunteers of Liberty with 52 other boys. The group later merged with another Resistance group called Défense de la France. On July 20, 1943, he was betrayed by a member of his resistance group and arrested by the Gestapo. He was sent to Buchenwald and was liberated in April 1945. After World War II, he became a professor of French literature at Case Western Reserve University. He wrote several books including Against the Pollution of the I: Selected Writings of Jacques Lusseyran and And There Was Light: The Extraordinary Memoir of a Blind Hero of the French Resistance in World War II. He died in a car accident on July 27, 1971. 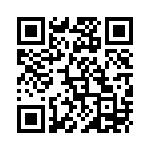