So encrusted with folklore has Edison's invention of the electric light become that we may be hard-pressed to recognize its significance. This account, unlike others, focuses on the invention rather ... Read full review

Robert Friedel is a professor of history of technology and science at the University of Maryland, College Park. His most recent book is A Culture of Improvement: Technology and the Western Millennium. Paul Israel is the director and general editor of the Thomas A. Edison Papers at Rutgers, The State University of New Jersey. He is the author of Edison: A Life of Invention and the coeditor of the multivolume The Papers of Thomas A. Edison, also published by Johns Hopkins. 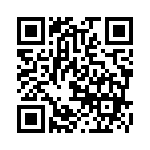