A classic exposé of war profiteering written by the most decorated Marine of his time, Major General Smedley Butler. The author, through a highly qualified argument supported by facts, thoroughly ... Read full review

The only book on antiwar that matters. There are many and I mean many books about the horror and wastes of war. But not a single one of them tops this 79 page book by this Marine Corps Major General ... Read full review

Adam Parfrey was born in Los Angeles, California on April 12, 1957. He co-founded Amok Press with Kenneth Swezey in 1986. Parfrey was also the founder and publisher of Feral House Press. He was the author or editor of several books including It's a Man's World: Men's Adventure Magazines, The Postwar Pulps; Citizen Keane: The Big Lies Behind the Big Eyes; Ritual America: Secret Brotherhoods and Their Influence on American Society; and Cult Rapture: Revelations of the Apocalyptic Mind. He was the co-editor of Exit magazine and appeared in and co-wrote Crispin Glover's controversial What Is It? Parfrey and his band, the Tards, recorded two CDs. He died on May 10, 2018 at the age of 61. 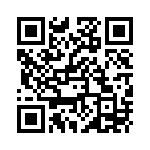