Enjoyable, though long-winded. File next to Iain M. Banks. Seems like Schroeder really wants to talk about some heavy philosophical ideas, realized through AI/material science--and that was the best part of the book. Wish he would have just come out with it. Read full review

I had seen some of Karl Schroeder’s books in the library before, but I never picked one up until now. I’m glad I finally did. This isn’t a great book. There are weak spots. The prose, grammar, and ... Read full review 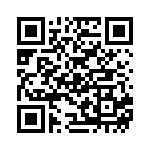