Excellent overview of the broad range of Cognitive Science and a very scientific presentation of the mind/brain's relationship to divine conceptions. Dr. Barrett skillfully unpacks biological and philosophical understandings of our basis of cognition, reason, and faith. He takes the professional and lay person through understanding how the brain/mind develops and how our non-reflective beliefs under-gird our reflective beliefs. Additionally you will gain insight into social & cultural influence of thought and understanding of the diving.
Wonderfully written I recommend this for counselors, psychologists, philosophers, theologians, and pastors.

Justin L. Barrett was recently appointed as Thrive Chair and Professor of Psychology at Fuller Theological Seminary. He was director of the Cognition, Religion, and Theology Project at the University of Oxford and a research associate at the Ian Ramsey Centre, also at the University of Oxford. He was the recipient of the William Bier Award in 2010 from the American Psychological Association and is a member of several professional organizations, including the American Academy of Religion, the Association for Psychological Science, and the International Association for the Study of Youth Ministry. He is also the editor of a four-volume series, the Psychology of Religion (Routledge). 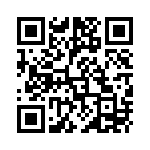