Carl Ludwig Siegel was born on December 31, 1896 in Berlin. He studied mathematics and astronomy in Berlin and Gttingen and held chairs at the Universities of Frankfurt and Gttingen before moving to the Institute for Advanced Study in Princeton in 1940. He returned to Gttingen in 1951 and died there in 1981.
Siegel was one of the leading mathematicians of the twentieth century, whose work, noted for its depth as well as breadth, ranged over many different fields such as number theory from the analytic, algebraic and geometrical points of view, automorphic functions of several complex variables, symplectic geometry, celestial mechanics. 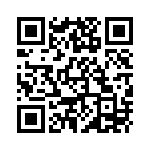