Benjamin Braddock returns home from a prestige college on the East Coast with many opportunities, including a work scholarship, in hand. However, he finds himself wondering about the point of anything ... Read full review

“The point is I don't love your wife. I love your daughter, sir.” Benjamin Braddock returns home after finishing at college where he had been a brilliant and successful student with seemingly the ... Read full review

Charles Webb was born in 1939 in San Francisco. He was educated at Williams College, Massachusetts, where he graduated in American history and literature. The Graduate was his first novel, and was made in to a hugely successful film. His other novels include Love, Roger, The Marriage of a Young Stockbroker (also filmed), The Abolitionist of Clark Gable Place and Elsinor. 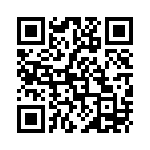