A grand display of Christ Jesus as God, the Father’s only begotten Son! Aquinas mines new meaning from Christ’s actions and teachings! Suggesting that Christ’s divinity was manifested through His ... Read full review

St. Thomas Aquinas was born around 1225 at Roccasecca near Aquino, to the nobleman Landulf of Aquino. Educated by Benedictine monks at Monte Cassino and then at the University of Naples, it was during his time at university, around 1244, that he joined the Dominican monastic order. This decision so shocked the other members of his noble family that they kidnapped him and held him against his will for a year. Despite this, he remained committed to the religious life and, once he was free, Aquinas went to Cologne to study under St. Albert the Great. In 1256 he tok the degree of Master in Theology, and then embarked on a life of teaching, preaching and writing, living and working in France and Italy. He died from an illness at the abbey of Fossanuova while on his way to attend a meeting of the general council at Lyon in 1274. Thomas Aquinas was formally canonized in 1323.

Aquinas' religious writing has had a significant influence on both theological and philoshical thought throughout the centuries. His two great works are Summa contra Gentiles (1259-64), a treatise on God and his creation, and Summa theologica (1266-73), a massive, though unfinished, work, designed as a complete systematic exposition of theology. 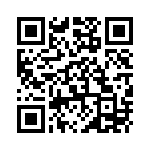