R. Warren Metcalf is an assistant professor of history at the University of Oklahoma. 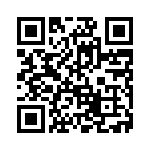