Born in Leeds, England, Nevill Francis Mott was the son of two physicists at the Cavendish Laboratory at Cambridge. Mott studied at Cambridge University, where he received his M.A. in 1930, never pursuing his Ph.D. Despite this lack, Mott made significant contributions to the development of the theory of atomic collisions and scattering in the early 1930s while lecturing at Gonville and Caius College in Cambridge, as Melville Wells Professor of Theoretical Physics. As a professor of theoretical physics at Bristol University, Mott wrote three classic texts: The Theory of Atomic Collisions (1934), The Theory of Properties of Metals and Alloys with H. Jones (1936), and Electronic Processes in Ionic Crystals with R. W. Gurney (1940). Each text marked a significant phase of active research. By the mid-1950s, Mott returned to Cambridge, where he studied problems of disordered materials, liquid metal, impurity bands in semiconductors, and the glassy semiconductors. His models of the solid state included an analysis of electronic processes in metal-insulator translations, often called Mott transistors. Mott was knighted in 1962 and shared the 1977 Nobel Prize in physics with Philip W. Anderson and John van Vleck for his fundamental contributions to the theoretical understanding of the differences between conductors, insulators, and semiconductors. His theories about the transition between conductors and insulators made of disordered or amorphous material, such as glasses, were especially influential. 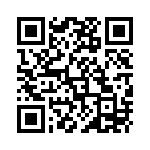