Michael Massing, a contributing editor of the Columbia Journalism Review, writes frequently on the press and foreign affairs. 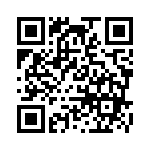