So, once you get that this is a clever commentary on society's discomfort with female sexuality ramped up to the Lolitas with lashings of underage rumpy-pumpy, you've pretty much understood the whole ... Read full review

Alissa Nutting is an assistant professor of creative writing at John Carroll University. She is the author of the award winning collection of stories, UNCLEAN JOBS FOR WOMEN AND GIRLS. Her work has appeared in the New York Times, Oprah, Tin House, Fence and Bomb, among others. This is her first novel. 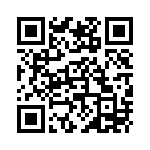