H. G. (Herbert George) Wells (1866-1946) was born at Bromley in Kent, England, the son of a professional cricketer turned failed shopkeeper. Wells was apprenticed to a draper and then to a pharmacist before winning a scholarship to the Normal School of Science, where he earned a first in Zoology. Beginning as a writer of textbooks, he was soon publishing articles and fiction in prominent journals, and his early work included such pioneering and influential works of science fiction as The Time Machine, The Invisible Man, The Island of Doctor Moreau, and The War of the Worlds. Later books were devoted to realist and comic accounts of lower-middle-class life, among the best known of which are Tono-Bungay, Kipps, and Love and Mr Lewisham. Wells was also the author of many works of nonfiction and, throughout his career, a committed socialist and internationalist.

Edward Gorey (1925-2000) was born in Chicago. He studied briefly at the Art Institute of Chicago, spent three years in the army testing poison gas, and attended Harvard College, where he majored in French literature and roomed with the poet Frank O'Hara. In 1953 Gorey published The Unstrung Harp, the first of his many extraordinary books, which include The Curious Sofa, The Haunted Tea-Cosy, and The Epiplectic Bicycle.

In addition to illustrating his own books, Edward Gorey provided drawings to countless books for both children and adults. Of these, New York Review Books has published The Haunted Looking Glass, a collection of Gothic tales that he selected and illustrated; The War of the Worlds by H. G. Wells; Men and Gods, a retelling of ancient Greek myths by Rex Warner; in collaboration with Rhoda Levine, Three Ladies Beside the Sea and He Was There from the Day We Moved In; and The Unrest-Cure and Other Stories, a collection of tales by Saki. 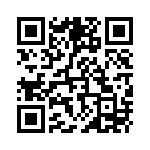