Trillin is amazingly dogged and single-minded when hunting down what he wants to eat. In his Manhattan neighborhood, he tries to find the pumpernickel bagels of his daughter's childhood, in Santa Fe ... Read full review

This is a short but very enjoyable read. Calvin Trillin was one of my favorite writers, and here he examines the idea that certain foods can only be found in their native location, making them ... Read full review

CALVIN TRILLIN has been called “perhaps the finest reporter in America,” and “a classic American humorist.”

A onetime writer for Time, The New Yorker and a current contributor to The Nation, he is the author of several collections of essays and three comic novels, including the national bestseller Tepper Isn't Going Out. He has also written three previous books on eating, American Fried, Alice, Let's Eat and Third Helpings, and the acclaimed memoirs, Messages from My Father, a New York Times best seller, and Family Man. His next book will be "Obliviously On He Sails," a collection of satirical verse about the George W, Bush presidency. 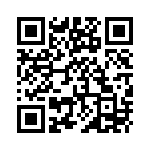