David Easley is the Henry Scarborough Professor of Social Science and a Professor of Economics at Cornell University. He was previously an Overseas Fellow of Churchill College, Cambridge. His research is in the fields of economics, finance, and decision theory. In economics, he focuses on learning, wealth dynamics, and natural selection in markets. In finance, his work focuses on market microstructure and asset pricing. In decision theory, he works on modeling decision making in complex environments. He is a Fellow of the Econometric Society and a member of the NASDAQ-OMX Economic Advisory Board.

Jon Kleinberg is the Tisch University Professor in the Computer Science Department at Cornell University. He is a member of the National Academy of Engineering and the American Academy of Arts and Sciences. His research focuses on issues at the interface of networks and information, with an emphasis on the social and information networks that underpin the Web and other online media. He is the recipient of MacArthur, Packard, and Sloan Foundation Fellowships; the Nevanlinna Prize; the ACM-Infosys Foundation Award; and the National Academy of Sciences Award for Initiatives in Research. 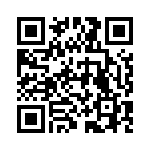