Bamford has made a career of writing about the NSA. In this volume he recounts the events of 9/11 from the NSA's viewpoint, showing how they screwed up, refused to acknowledge it, and proceeded to ask ... Read full review

It is a very interesting history of the NSA from pre 9/11 through 2007. He portrays Michael Hayden as power-hungry and somewhat incompetent. The power of the NSA is rather frightening, and somewhat comforting, when threats abound. Read full review

James Bamford is the author of Body of Secrets, The Puzzle Palace, and A Pretext for War, and has written on national security for The New York Times Magazine, The Washington Post Magazine, and the Los Angeles Times Magazine. His Rolling Stone article “The Man Who Sold the War” won the 2006 National Magazine Award for reporting. Formerly the Washington investigative producer for ABC's World News Tonight with Peter Jennings and a distinguished visiting professor at the University of California, Berkeley, Bamford lives in Washington, D.C. 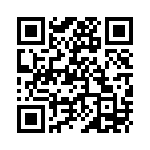