Sanjukta Dasgupta, Professor and Former Head, Department of English and currently Dean, Faculty of Arts, University of Calcutta, is a critic, translator, and a poet. She has published in journals in India and abroad. Her awards and grants include the British Council Charles Wallace Scholar grant, Fulbright Postdoctoral Research Fellowship, Associate Fellow at Indian Institute of Advanced Study, Shimla, etc. She participated in the fifi rst Writers’ and Literary Translators’ International Congress (WALTIC) at Stockholm and also served as Chairperson for the Commonwealth Writers Prize (Eurasia region), organized by the Commonwealth Foundation, UK. Professor Dasgupta is the Managing Editor of FAMILIES: A Journal of Representations and Assistant Editor of Journal of Women’s Studies, Calcutta University.

Her books include:
· The Novels of Huxley and Hemingway: A Study in Two Planes of Reality (1996); and
· The Indian Family in Transition (co-edited, 2007).

Chinmoy Guha is Professor of English and former Head, Department of English, University of Calcutta. He has also served as the Vice-Chancellor of Rabindra Bharati University, Kolkata, and the Director of Publications, Embassy of France in India, New Delhi.

A leading essayist in Bengali and a distinguished translator of French literature, he has been the editor of the book reviews of the Bengali literary magazines Desh and Boier Desh. He has published nearly 20 books, including Where the Dreams Cross: T. S. Eliot and French Poetry, The Tower and the Sea: Romain Rolland-Kalidas Nag Correspondence 1922–1938, a new biography of Victor Hugo, and has translated La Rochefoucauld’s Maxims, Flaubert’s The Dictionary of Received Ideas, Romain Rolland’s Danton, and André Gide’s Strait is the Gate (Sahitya Akademi).

Apart from the Knighthood of Academic Palms from France, he has won the Lila Roy award for Translation of the West Bengal Government (2008), the Henri Louis Derozeo bicentenary award (2010) and the Swatantra Samman (2012). 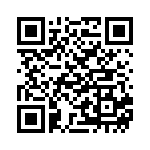