MTV, one of my favorite things about the 80's. The hair, the shoulder pads, the music videos....reading this book brought me right back to those times. Duran Duran, Cindy Lauper, Culture Club, Pat ... Read full review

This is impeccably researched and constructed but I discovered that I was far less interested in the subject than it takes to be enthralled for 572 pages. It wasnt the writers, it was this reader. If ... Read full review

Craig Marks was the top editor for two influential music magazines, SPIN and Blender. He is the editor in chief of Popdust.

Rob Tannenbaum has been the music editor at Blender, a columnist at GQ, and has written for The New York Times Magazine, Rolling Stone, Details, New York Magazine, Playboy, Spin, and The Washington Post. 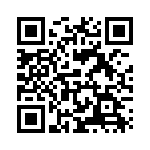