Gilbert Achcar grew up in Lebanon. He is Professor of Development Studies and International Relations at the School of Oriental and African Studies, University of London. His publications include The Clash of Barbarisms: September 11 and the Making of the New World Disorder (2002), published in 15 languages; Perilous Power: The Middle East and US Foreign Policy (2008), with Noam Chomsky; the critically acclaimed The Arabs and the Holocaust: The Arab-Israeli War of Narratives (2010); and The People Want: A Radical Exploration of the Arab Uprising (2013). 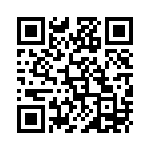