I found the book very good in its explanations of IPv6. The book has given me a lot to think about before my company even really considers rolling IPv6 out to the desktops and servers. Read full review 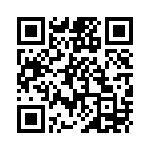