A more nuanced read than the title suggests. Covered a lot of ground I was familiar with, but I still came away with a good amount to chew on. Read full review

An enjoyable and very readable journey through a whole smattering of life philosophies and guiding personalities. Burkeman has a good sense of when to add some personal reflection and when to be more ... Read full review

Oliver Burkeman is a feature writer for the Guardian. He is a winner of the Foreign Press Associationâ€TMs Young Journalist of the Year award, and has been shortlisted for the Orwell Prize and the What The Papers Say Feature Writer of the Year award. He writes a popular weekly column on psychology, 'This Column Will Change Your Life', and has reported from London, Washington and New York. His work has also appeared in Esquire, Elle, GQ, the Observer and the New Republic.Â
He was born in Liverpool in 1975. He holds a degree in Social and Political Sciences from Cambridge University. 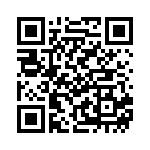