Jan P. Nederveen Pieterse studied cultural anthropology at the University of Amsterdam and earned a PhD from the University of Nijmegen, the Netherlands. He has published a number of articles on social science and international affairs. 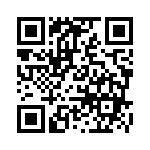