Vicki Stanfield, RHCE, has worked with Linux since 1994 and Unix since 1980. She has administered many varieties of Unix, VMS, as well as Slackware and Red Hat Linux.

Roderick W. Smith is a Linux networking expert and author of several books, including Linux Samba Server Administration and the Linux+ Study Guide, both from Sybex. Craig Hunt is a Linux expert who lectures regularly at major networking trade shows. He serves as author and series editor for the Craig Hunt Linux Library. 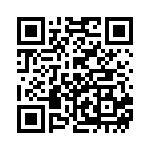