This tome won the Bancroft Prize, and not undeservedly. It is full of information, has a compelling narrative thread and gives a great deal of insight into the ideologies and prejudices of the first ... Read full review

An excellent account of the history of the United States during the administrations of Washington and Adams. This book discusses the writing of the Constitution, the "court" and "country" ideologies ... Read full review 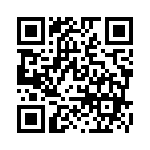