Pio Baroja, whose works were admired by Ernest Hemingway, was one of Spain's foremost twentieth-century novelists. A socially conscious writer whose mission was to expose injustices, Baroja chose as central characters those who live outside society-bohemians, vagabonds, anarchists, degenerates, and tormented intellectuals. In The Restlessness of Shanti Andia (1911), Baroja uses Basque sailors as protagonists to dramatize his view of life as a constant struggle for survival and to present a shipboard world that functions outside society's laws. In The Tree of Knowledge (1911), medical student Andres Hurtado sees his intelligence as a disease and an incapacitating disgrace. Baroja's view that the concepts of beginning and end are human inventions to satisfy unattainable desires for meaning influences the form of his novels, often a series of episodes without cause and effect that end with unresolved problems. Baroja studied medicine, a discipline reflected in his works by an interest in the pathological. During the 1920s he was popular in the United States, where many of his novels appeared in translation. In 1936 he was elected to the Spanish Academy. Franco later banned all but one of his nearly 100 books, but Baroja continued to live and write, although less assertively, in Spain until his death. 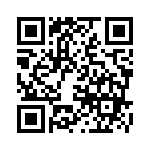