Dr Bal Gopal Shrestha is a Research Fellow at the Institute of Social and Cultural Anthropology (ISCA), and Associate with Wolfson College, University of Oxford, UK. He has been Visiting Fellow at the Department of History, University of Leiden, The Netherlands (2007–8). He was Researcher and Assistant Professor at the Faculty of Social Sciences, Leiden University, and taught Politics of South and Southeast Asia (2006–07). He was Postdoctoral Research Fellow at the Fondazione Centro Incontri Umani, Ascona, Switzerland (2004–6). The Museum of Archaeology and Anthropology, University of Cambridge, UK awarded him a Frederick Williamson Memorial Fund (2003). The University of Leiden awarded him a PhD fellowship (1996–2002). He made the award-winning ethnographic documentary Sacrifice of Serpents: The Festival of Indrayani, Kathmandu 1992/94 (Leiden, 1997) together with the late Van den Hoek and Dirk J. Nijland. In 1993 he joined the Centre for Nepal and Asian Studies, Tribhuvan University, Nepal as a lecturer. He has conducted fieldwork in Nepal and India, and has published widely on Nepalese religious rituals, Hinduism, Buddhism, ethnic nationalism, the Maoist movement, and political development in Nepal. 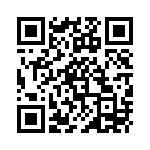