5***** and a ❤ This is an extraordinary book. The novel deals with the struggles to form Pakistan, when Muslims fought Sikhs and Hindus, and with the traditional culture vs the modern expectations. It ... Read full review

It is India in the years leading up to independence from England and Partition, when the country will be divided into India and Pakistan. Roop has no mother, but has a father who is poor. When she is ... Read full review

Shauna Singh Baldwin was born in Montreal and grew up in India. A former polo player and radio producer, she is presently an e-commerce consultant and lives with her Irish-American husband in Milwaukee. She is the author of English Lessons and Other Stories and coauthor of A Foreign Visitor's Survival Guide to North America. Her short stories have been published widely and have won numerous prestigious literary prizes in the United States, Canada, and India. The story "Satya," which was to become What the Body Remembers, was awarded the Saturday Night/CBC Literary Prize and was nominated for a National Magazine Award in Canada. 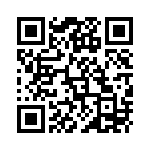