Richard Kieckhefer is Professor of Religion and History at Northwestern University and an acknowledged expert on medieval magic and witchcraft. His publications include European Witch Trials: Their Foundations in Popular and Learned Culture, 1300-1500 (1976), Repression of Heresy in Medieval Germany (1979), Unquiet Souls: Fourteenth-Century Saints and Their Religious Milieu (1984), and Magic in the Middle Ages (1990). 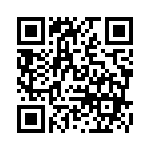