I saw Susan Straight on a panel at the LA Times Festival of Books, shortly before this book was released. It has been on my radar ever since, though I have not read any of her other books. I found it ... Read full review

I'd read Straight's books I Been In Sorrow's Kitchen And Licked Out All The Pots (1992) and Blacker Than A Thousand Midnights (1994) and was always curious about her comfort and familiarity with ... Read full review

SUSAN STRAIGHT has published eight novels, including Highwire Moon, Between Heaven and Here, and A Million Nightingales. She has been a finalist for the National Book Award, the Los Angeles Times Book Prize, and the National Magazine Award. She is the recipient of the Robert Kirsch Award for lifetime achievement from the Los Angeles Times Book Prize, the Edgar Award for Best Short Story, the O. Henry Prize, the Lannan Literary Award for Fiction, and a Guggenheim Fellowship. Her stories and essays have been published in The New Yorker, The New York Times, the Los Angeles Times, The Guardian, Granta, McSweeney’s, Black Clock, Harper’s, and other journals. Her work has been translated into Spanish, German, French, Arabic, Turkish, Japanese, Romanian, Swedish, and Russian. She is Distinguished Professor of Creative Writing at the University of California, Riverside. She was born in Riverside, where she lives with her family. 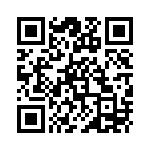