John Goerzen is an accomplished author, system administrator, and Python programmer. He has been a Debian developer since 1996 and is currently president of Software in the Public Interest, Inc. His previously published books include the Linux Programming Bible, Debian Unleashed, and Linux Unleashed.

Brandon Craig Rhodes has been an avid Python programmer since the 1990s, and a professional Python developer for a decade. He released his PyEphem astronomy library in the same year that Python 1.5 was released, and has maintained it ever since. As a writer and speaker, Brandon enjoys teaching and touting Python, whether as the volunteer organizer of Python Atlanta or on stage at conferences like PyCon. He was editor of the monthly Python Magazine, was pleased to serve as technical reviewer for the excellent Natural Language Processing with Python, and has helped several open source projects by contributing documentation. Today, Brandon operates the Rhodes Mill Studios consultancy in Atlanta, which provides Python programming expertise and web development services to customers both local and out-of-state. He believes that the future of programming is light, concise, agile, test-driven, and enjoyable, and that Python will be a big part of it. 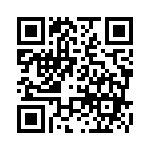