Essential reading for anyone interested in evolution and diversity. Comprehensively covers all organisms, in many cases down to the levels of class and order. Read full review 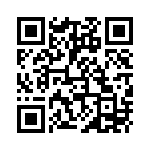