John F. Riddick is Professor Emeritus of Central Michigan University. His earlier books include: Who Was Who in British India (Greenwood, 1998), A Guide to Indian Manuscripts (Greenwood, 1993), and Glimpses of India: An Annotated Bibliography of Personal Writings by Englishmen, 1583-1947 (Greenwood, 1989). 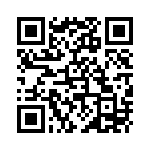