WOW! What a book. A book about the patriarchal society we have been living in for centuries and the detrimental effect it has had on women, and girls. Ford explains in a very upfront and ... Read full review

I wish I could give this a higher rating. I don't disagree at all with the author's view that toxic masculinity and rape culture are BAD (oversimplifying, here); I just think her message could have ... Read full review

CLEMENTINE FORD is a writer, broadcaster and troll agitator based in Melbourne, Australia. Regularly described as a 'flamethrower', she is part of the new wave of feminists unapologetically igniting the conversation around gender equality. Clementine is a columnist for the Sydney Morning Herald, and has written about feminism and equality for The Guardian, Cosmopolitan, The Telegraph, The Sunday Mail, The Big Issue and ABC's The Drum. Her TEDx talk on rape culture ('Your Vagina is Not a Car') has received almost 1,000,000 views. She is the author of Fight Like A Girl. 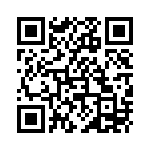