Mawut Achiecque Mach Guarak is former child soldier in South Sudan's War of Liberation. He served in the Sudan People's Liberation Army as a foot soldier for many years before attending a refugee school in Northern Kenya. Eventually he relocated to New York in the United States where he completed his undergraduate and graduate studies. Despite relocation to the United States, distance did not keep him away from contributing to Sudan's change for freedom, justice, equality, and progress; he was a self-appointed lobbyist who rallies American support by contacting politicians and other influential figures. In addition to educating American public and politicians on the fundamental problem of the Sudan, Mawut helped organized the Sudanese Diaspora to rally international support. He was an organizer for the May 19, 2004 demonstration in Syracuse, New York and subsequent demonstrations in the United States including one at the United Nations in Manhattan. 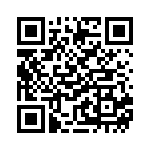