Moses Mendelssohn was born at Dessau in Anhalt, the son of a poor Jewish copyist of sacred scrolls. He first studied the Torah, the Talmud, and the philosophical and theological writings of the medieval Jewish philosopher Maimonides. Mendelssohn went to Berlin in 1745, where he learned German and Latin while living in severe poverty. In 1750, he was hired as a tutor in the household of Isaak Bernhard, a wealthy Jewish textile manufacturer, and eventually became a bookkeeper and then a partner in Bernhard's firm. He soon made the acquaintance of prominent Berlin intellectuals, including Thomas Abbt, C. F. Nicolai, and G. E. Lessing (who became his close friend). Despite the fact that Mendelssohn was in his teens before he became acquainted with German, his writing style in the language is exemplary in its evocativeness, directness, and lucidity. Mendelssohn's first important philosophical writings appeared in 1755 and gained him an immediate reputation as "the Jewish Socrates." In 1764, his treatise on evidence in the metaphysical sciences won a prize from the Berlin academy. Perhaps the philosophical work best known in his lifetime was "Phaedo," or on the "Immortality of the Soul" (1767), an attempt to bring the Socratic defense of immortality up to date in a dialogue similar to Plato's. Mendelssohn's great work "Jerusalem," a political-religious discourse on Judaism and its position in history, is a rationalist plea for religious and political tolerance, advocating the political disestablishment of religion and the political and civil equality of all citizens regardless of religion. Mendelssohn was one of the leading philosophers of the German Enlightenment and the most able of the Berlin "popular philosophers" of the 1770's and 1780's. Although he and Kant were on opposite sides of many issues in metaphysics and never met, they greatly respected each other's work. In 1764, in a review of one of Kant's metaphysical essays, Mendelssohn predicted that Kant would become one of the most important philosophers in Germany--a prediction that was fulfilled over 20 years later. Mendelssohn's "Morning Hours" (1785) is an attempt to defend the traditional metaphysical proofs for God's existence against Kant's criticisms. In 1786, Mendelssohn became involved in a literary controversy with F. H. Jacobi, replying to the latter's accusations that Lessing (who had died in 1781) had been a Spinozist, and to Jacobi's more general philosophical allegations that only faith, not reason, can provide us with religious conviction and a humanly tenable outlook on the world. Mendelssohn's defense of religious rationalism was cut short when he suddenly fell ill and died. The controversy itself, by bringing Spinoza's philosophy into current discussion and raising issues about the scope of reason, had a far-reaching influence on the development of post-Kantian philosophy in Germany. The great romantic composer Felix Mendelssohn was Moses Mendelssohn's grandson. 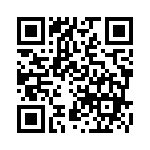