Jonathan R. W. Prag is University Lecturer in Ancient History at the University of Oxford and Fellow and Tutor of Merton College, Oxford. He works on the western Mediterranean in the Hellenistic and Republican periods, with a particular focus on Sicily, Roman imperialism and the use of epigraphic evidence. He has published over a dozen articles on ancient Sicily, as well as several on Punic identity and Republican auxiliaries, and has edited volumes on Cicero's Verrines and a companion to Petronius (with Ian Repath). He is currently writing a book on the use of auxiliaries by the Roman Republic and editing a companion to the political culture of the Roman Republic (with Valentina Arena). He is a Chercheur associé of the CNRS-funded ANHIMA group in Paris, where he is collaborating on new editions with commentary of Cicero's Verrines; and an overseas co-investigator in two projects funded by the Spanish Ministerio Educación y Ciencia, one directed by F. Pina Polo (Zaragoza) on provincial clientelae in the Roman west, the other directed by E. García Riaza (Palma) on alliances, confederations and diplomacy in the Hellenistic western Mediterranean. He is currently directing a project, funded by the University of Oxford, to develop a digital corpus of Sicilian epigraphy.

Josephine Crawley Quinn is University Lecturer in Ancient History at the University of Oxford and Fellow and Tutor of Worcester College, Oxford. She works on Mediterranean history and archaeology, with a particular interest in ancient North Africa, but has published articles on topics from Roman imperialism to gender ideologies in Athenian sculpture to Carthaginian child sacrifice to Capitolia and co-edited a volume of essays on the Punic Mediterranean with Nick Vella. She served as Editor of the Papers of the British School at Rome (2008-11) and she now co-directs the excavations at Utica (Tunisia), with Andrew Wilson and Elizabeth Fentress, and the Oxford Centre for Phoenician and Punic Studies, with Jonathan Prag. She is currently writing a book on Phoenicianism from Homer to the Arab Spring. 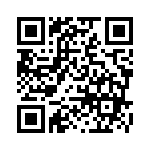